Astroparticle physicists from across Europe have gathered on January 9th in Brussels, alongside their international colleagues and important guests from the European Commission, for the official announcement of the new strategy by the Astroparticle Physics European Consortium (APPEC) which will guide the community’s recommended research priorities over the next ten years.

Gravitational waves, neutrino, dark matter and gamma ray research are high on the list of research priorities being recommended with the launch of the latest European astroparticle physics strategy. 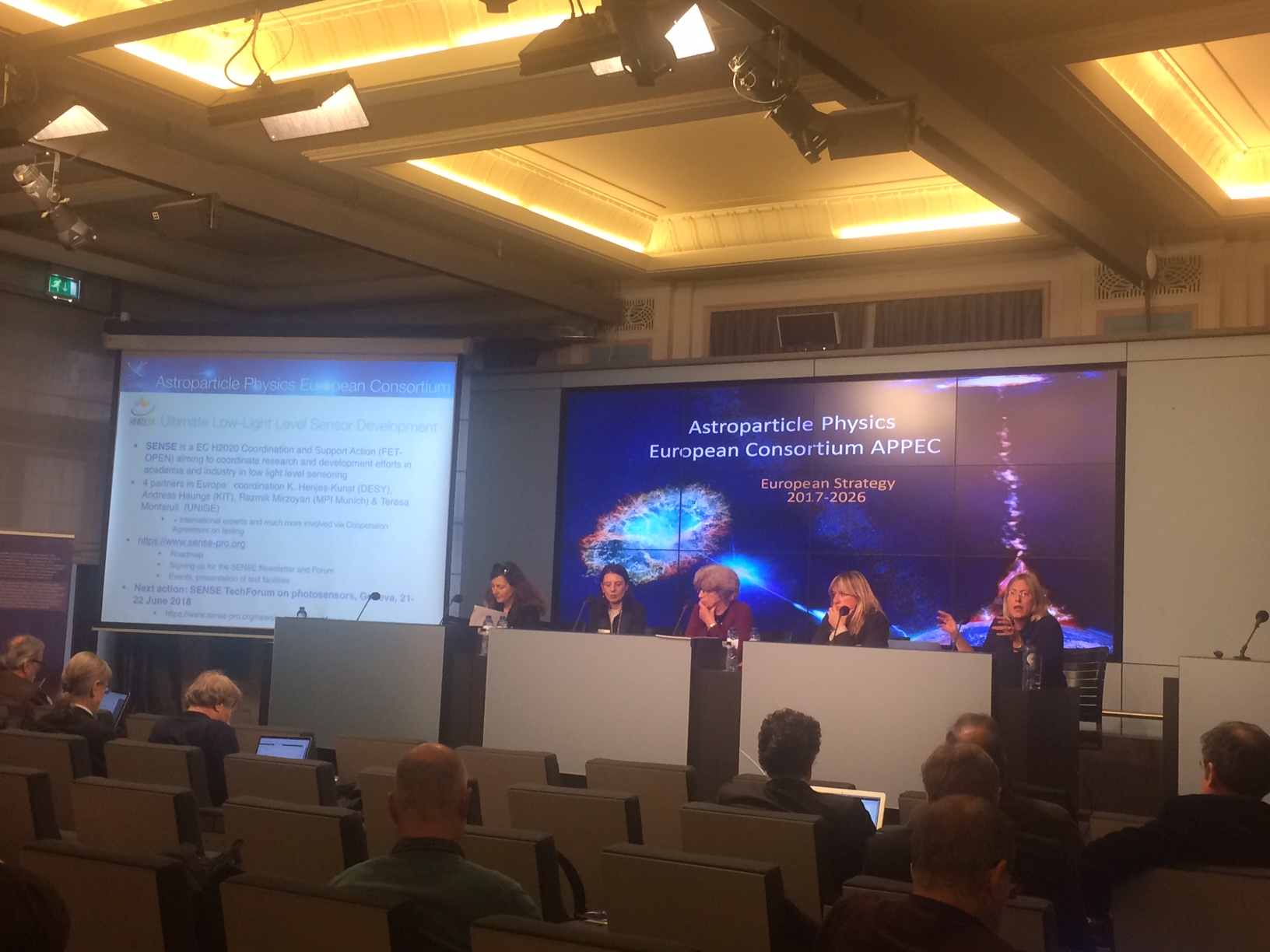 APPEC is calling for continued experimental efforts and funding support in these areas in particular through big projects endorsed by the consortium and community such as the Cherenkov Telescope Array (CTA), the Cubic Kilometre Neutrino Telescope (KM3NeT), future gravitational interferometers (the Einstein Telescope) and a substantial upgrade of our underground research infrastructures (the Gran Sasso laboratory, in particular). The report also includes recommendations addressing, in addition to the scientific issues, crucial organisational aspects as well as important societal issues such as gender balance, education, public outreach and relations with industry. Teresa Montaruli, who lead the afternoon session of the Launch event on Technology, Impact, Computing, Outreach and Gender balance mentioned during her talk also SENSE as good example for Technology development.

The roadmap endorses big projects in Astroparticle physics, where sensors are essential. Further R&D has a direct impact on the results of the projects. In SENSE we are proud to be lead role for coordinating the development on sensors in Europe and contribute to successful research in that area,” said Katharina Henjes-Kunst, coordinator of SENSE, at the launch event in Brussels.

The European Astroparticle Physics Strategy 2017-2026 can be downloaded from the APPEC website: http://www.appec.org/roadmap