SiPM detecors are solid-state single-photon-sensitive devices built from an avalanche photodiode (APD) array on common silicon substrate. The idea behind this device is the detection of single-photon events in sequentially connected Si APDs. The dimension of each single APD can vary from 20 to 100 micrometres, and their density can be up to 1000 per square millimeter.

SiPM are matrices of avalanche photo diodes with a common cathode that are operated in Geiger mode. Major steps have been taken towards a market available product. Almost all companies producing low light-level sensors have launched SiPM devices for various applications e.g. for gamma-ray cameras, PET scanners, X-Ray detection, calorimetry, neutrino detection, radiation monitoring. At present, the process of optimizing the sensor design and packaging tailored to the individual applications with their own set of critical parameters is fastly advancing.

Advantages of the SiPM technology are:

They have been dramatically reduced in recent years thanks to the cooperative work of companies and scientists.

A third and very limiting drawback to overcome is the limited effective detection area of a SiPM. While it is technologically difficult to substantially increase the detection area of individual SiPMs (it is possible but at the expense of sacrificing their speed), a challenging but a possible way to follow is the development of optimized matrices of SiPMs with a fully-integrated readout chain. In case of a successful further development, one can place these matrices of SiPMs next to each other for assembling a coordinate-sensitive camera either as the imaging camera for a Cherenkov telescope or for a medical Gamma camera, similar to a CCD chip built in a mass-market digital photocamera. 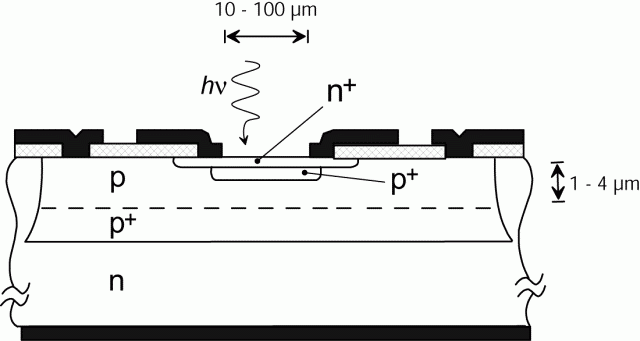 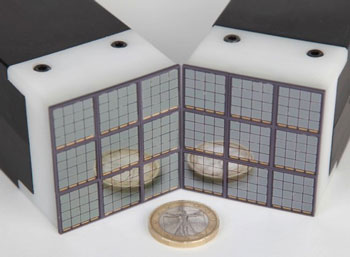