In this article we want to introduce the CTA experiment and in a first part focus on the input of the IASF-Palermo for the SST prototype ASTRI.

The Cherenkov Telescope Array (CTA) is the next generation ground-based observatory for gamma-ray astronomy at very-high energies. With more than 100 telescopes located in the northern and southern hemispheres, CTA will be the world’s largest and most sensitive high-energy gamma-ray observatory.

The CTA Observatory will be composed of a northern and a southern CTA array with more than 100 telescopes in total. Based on the technology of current ground-based gamma-ray detectors CTA will measure with its large number of individual telescopes over a larger area and a wide range of view which results in ten times more sensitivity and very high accuracy.

To cover the wide energy range of 20 GeV to 300 TeV different size of telescopes with different spacing are planned. Common for all telescopes is a mounting that shall allow to rapidly point towards a target and all telescopes will be comprised of a segmented mirror to reflect the Cherenkov light to a high-speed camera that records the image of the shower.

The CTA cameras are designed to measure the short and faint flash of Cherenkov light produced by gamma rays. The signal mirrored to the camera is converted to an electrical signal which is then digitised and transmitted for further analysis. Each telescope has its own camera system and both PMTs and SiPMs are applied in CTA.

Further information about CTA can be found on https://www.cta-observatory.org/

In this first contribution on CTA the work of the IASF-Palermo on one of the SST prototypes – ASTRI – is highlighted:

In 2012, the National Institute of Astrophysics INAF decides to participate in the ambitious CTA project. This decision coagulates many of the INAF institutes, including the Istituto di Astrofisica Spaziale e Fisica Cosmica di Palermo IASF-Palermo, which is commissioned to design and build the camera to be installed on the ASTRI (Astrofisica con Specchi a Tecnologia Replicante Italiana) telescope, which is a Small Size class Telescope prototype for CTA. 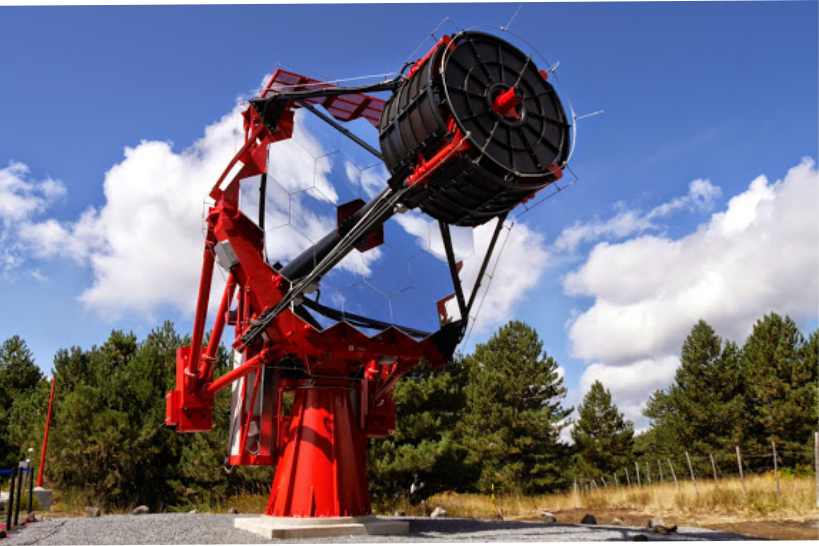 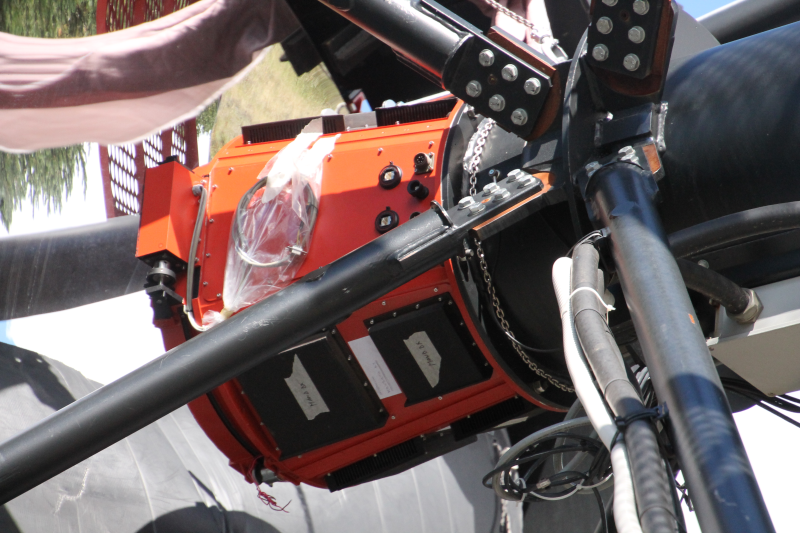 It is decided that the ASTRI camera detectors must be based on the innovative SiPM technology. In the picture below the SiPM tile is shown. 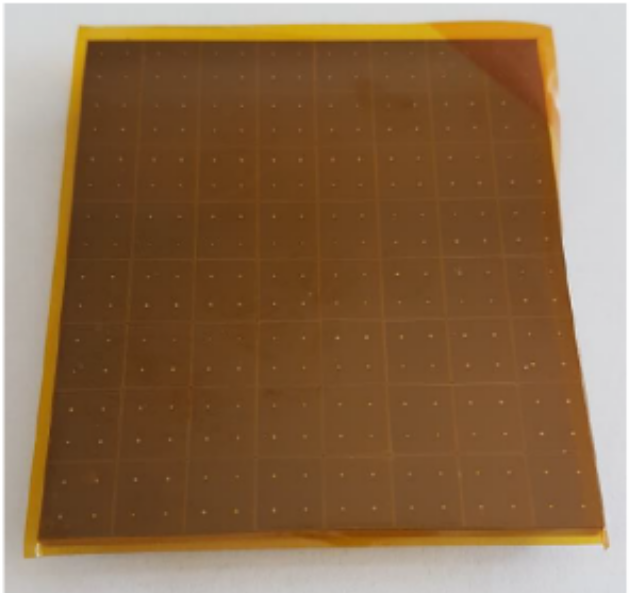 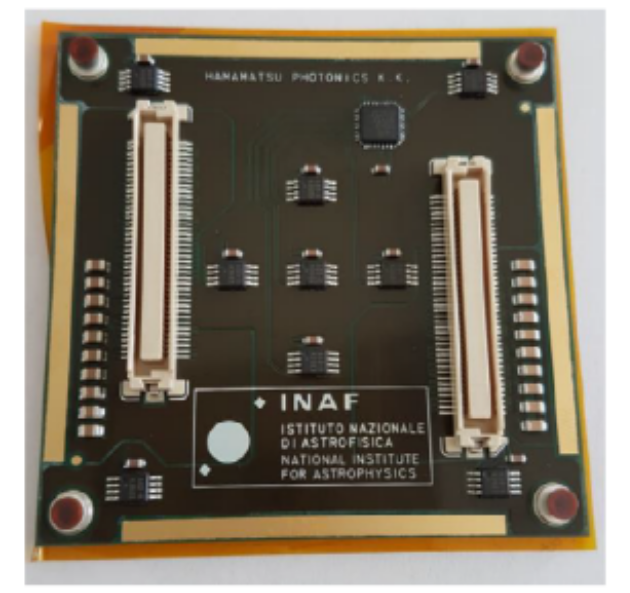 Back side SiPM tile

Another important decision is to use a FE electronics based on an unconventional FE ASIC for this kind of experiment that integrates the SiPM signal instead of sampling it. After studying the behaviour of an ASIC in laboratory produced by WEEROC (EASIROC), it is decided to make changes to EASIROC by introducing the peak detector and other small modifications. INAF holds the intellectual property of the new ASIC called CITIROC. 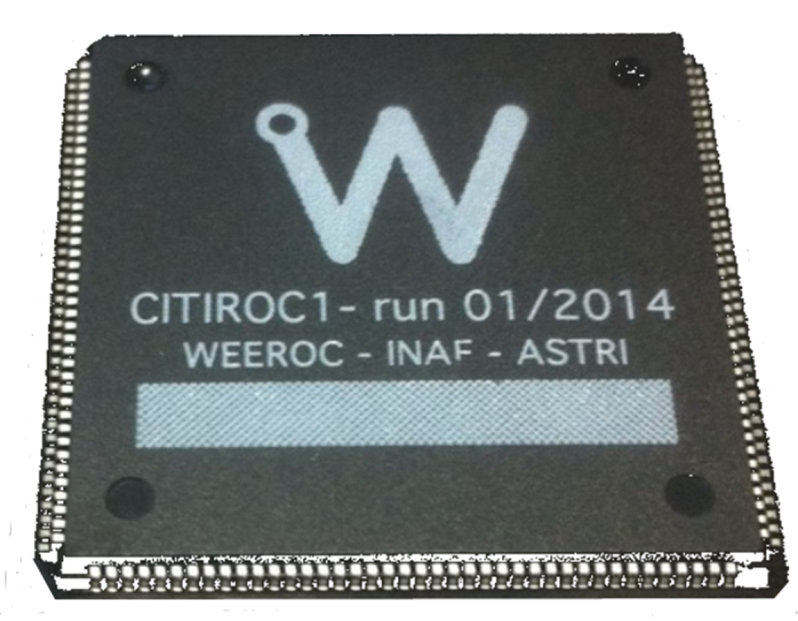 The design of the ASTRI's optics (2 mirrors) allows to have a small focal plane of about 400 mm with a field of view of about 11 degrees, so consequently the need to integrate in a reduced space the 37 modules that make up the camera. In just over 5 cm x 5 cm, the SiPM (64 pixels) tile, 2 CITIROC and the FPGA PCBs are integrated in a PDM (Photo Detection Module). 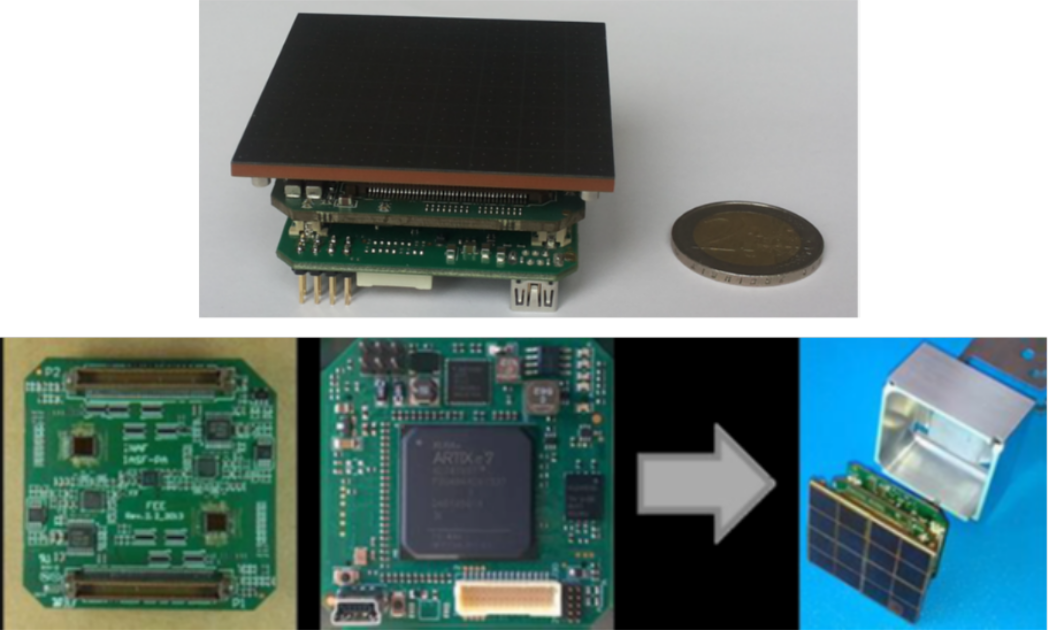 PDM: FE board + FPGA board and assembled including SiPM tile board.

Thus, a gruelling work is beginning to characterize SiPMs and end-to-end relative calibration of the electronic chains including SiPM.

In June of this year, after five years of hard work, fatigue and perseverance in achieving the goal is rewarded. During the first engineering run of the (not completed) camera installed on the ASTRI telescope at the Serra La Nave Observatory, many and beautiful Cherenkov events are immediately visible.

The happiness and emotion experienced on that night are visible in the selfies that have immortalized only a part of the researchers, technicians and technologists who participated in this enterprise (losing the well-deserved drunkenness too). 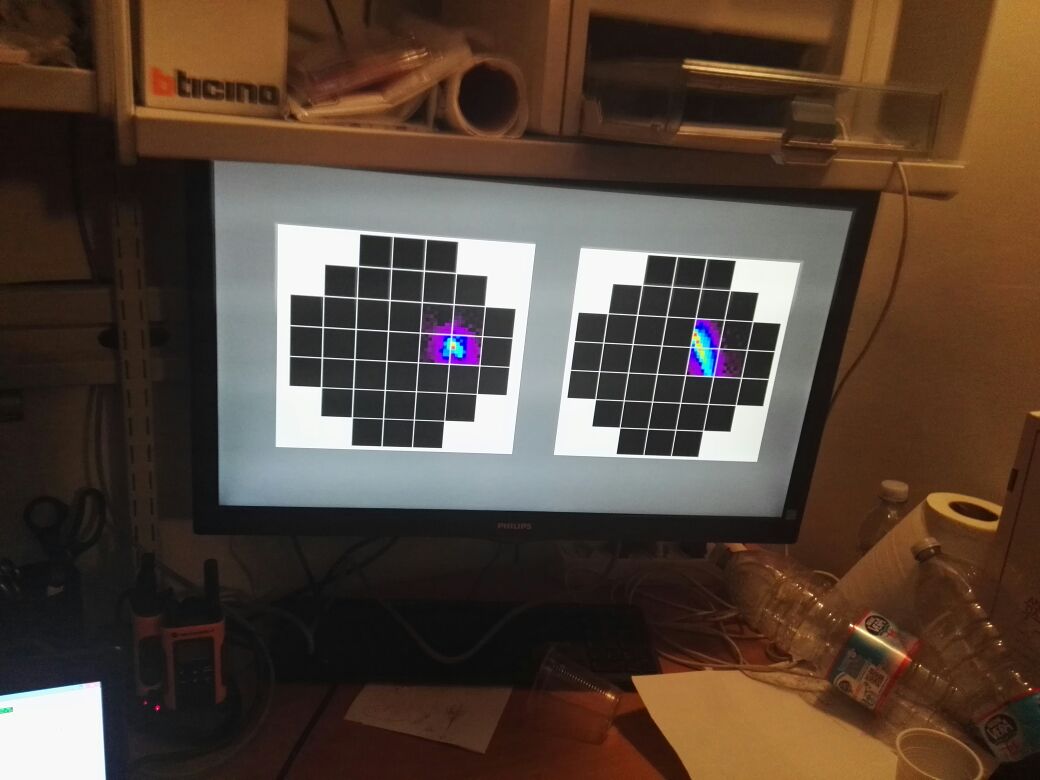 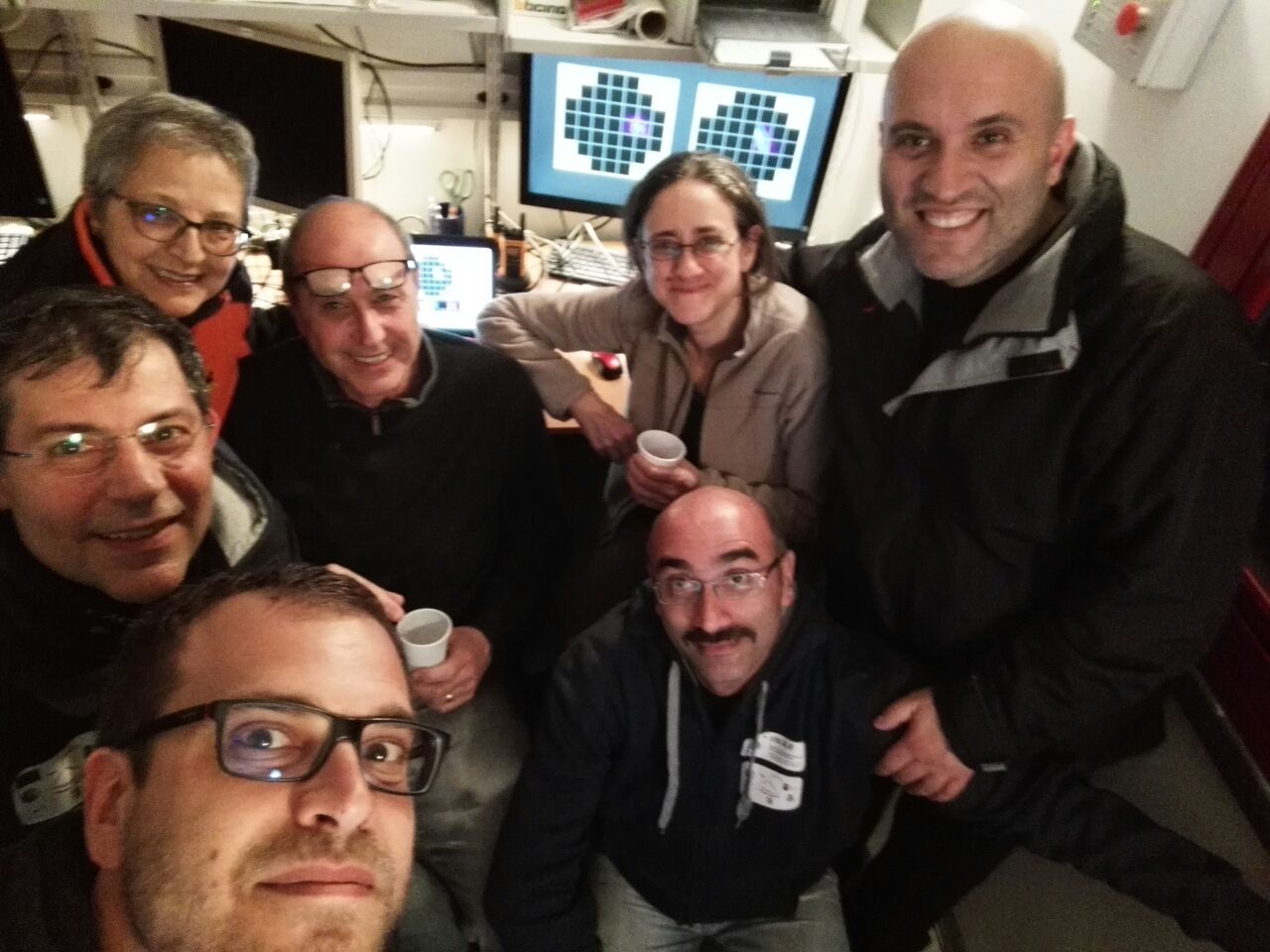 Incidentally, the ability to detect Cherenkov light from muons has also given rise to an interdisciplinary application aimed at revealing the internal structure of volcanoes (patent pending). Further information can be found in this publication: Volcanoes muon imaging using Cherenkov telescopes.