The Single PhOton Calibration Stand at KIT, SPOCK, is build to characterize all kind of photosensors like PMTs or SiPMs with highest precision. It consists of a reference light source capable of emitting single photons per pulse, photon shielding and the read-out electronics.

Below a schematic view of the setup inside the photon shielding is shown. The integrating sphere is a Labsphere 3P-GPS-053-SL and as photo diode a OSI Opto-electronics UV-100 is used. 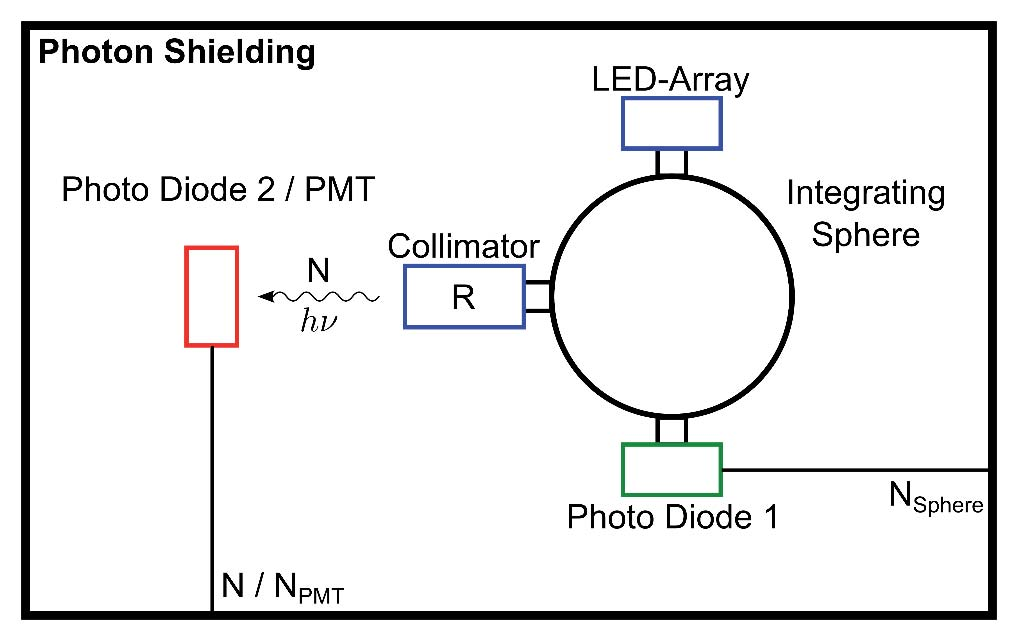 The photon shielding is a wooden box covered on the inside with black flock paper. On the left side of the wooden box is an aluminum panel with connectors serving as feed-through for the voltage supply and the signals. Inside the photon shielding box, the reference light source is located which consists of an integrating sphere, an LED-array, a NIST 1 -calibrated photo diode (Photo Diode 1) and a collimator. 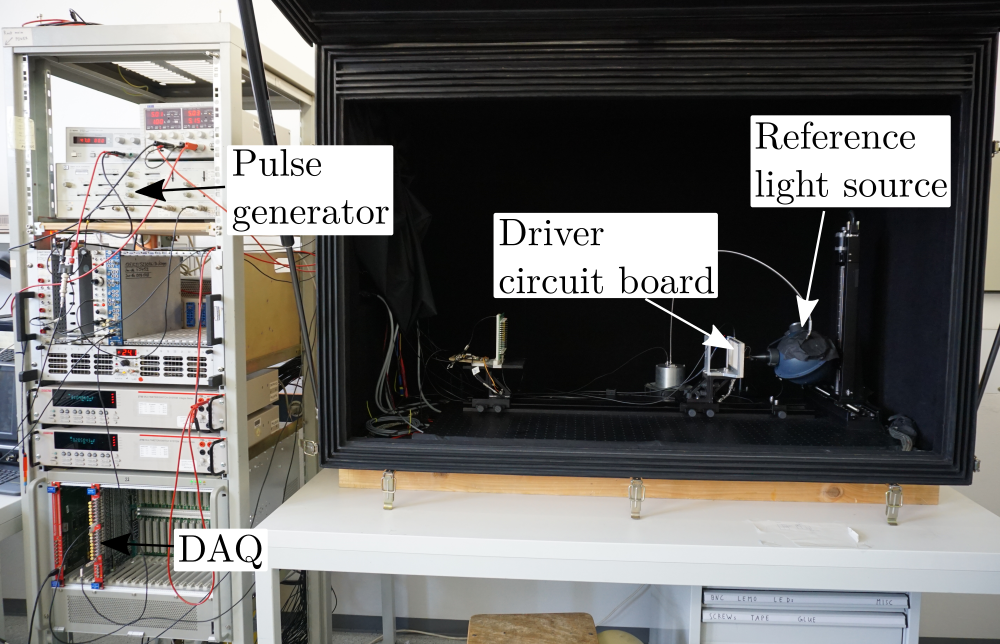 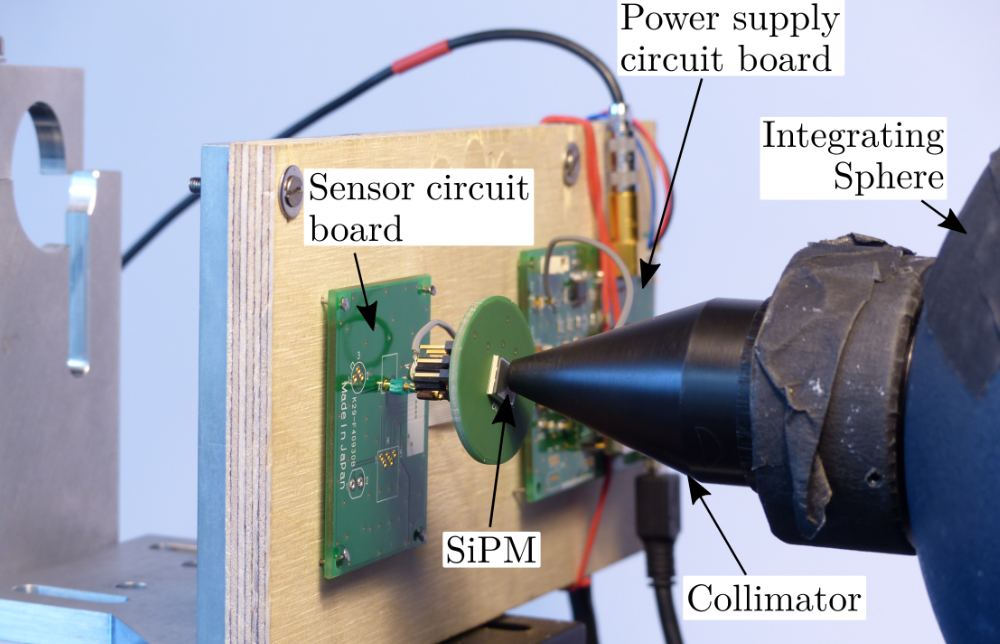 For the future a "Cold-SPOCK" is planned with the option of measuring down to temperatures of -70°C. 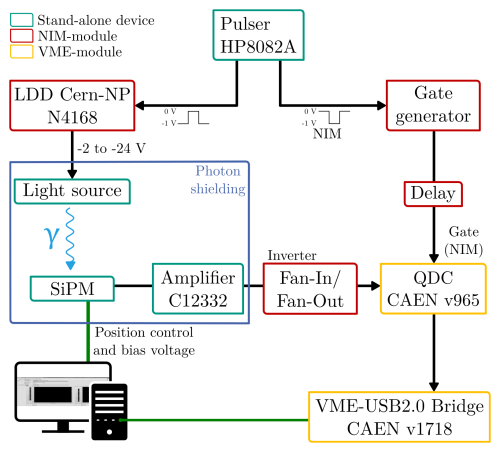 The pulser HP8082A generates a NIM pulse and an inverted NIM pulse. The inverted NIM pulse is passed to the Light Diode Driver (LDD) Cern-NP N4168 which drives the pulsed LED and allows the adjustment of the power emitted by the LED. When the photons of the LED hit the SiPM a output current signal is generated. The SiPM signal is amplified and inverted on a modified Hamamatsu driver circuit board C12332-01. To tell the QDC when to start and stop integrating the SiPM signal a gate signal is used. The QDC is read out by a LabView program.

The results shown in the two plots below are obtained for the Hamamatsu UV-light enhanced 64-channel SiPM array of the newest generation (S13361-3050AS-08) and are also published in this article. 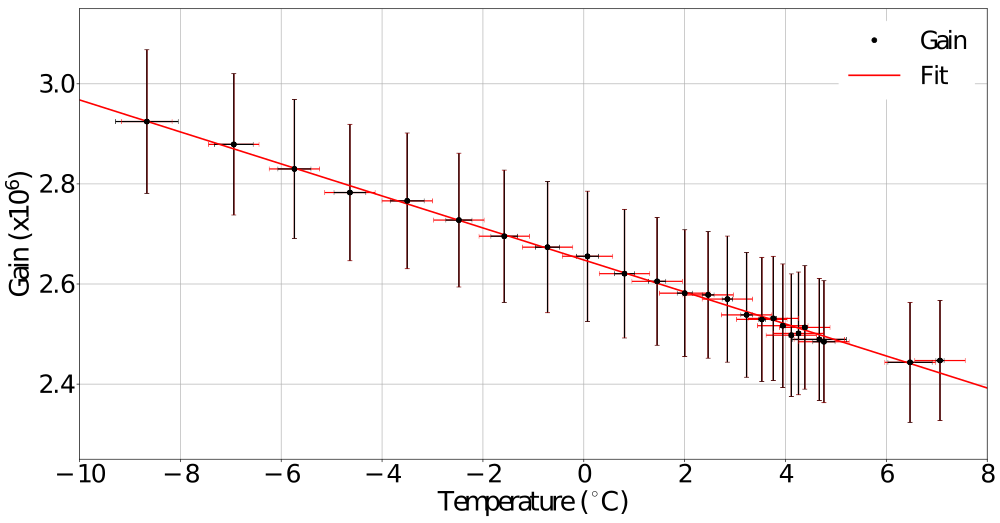 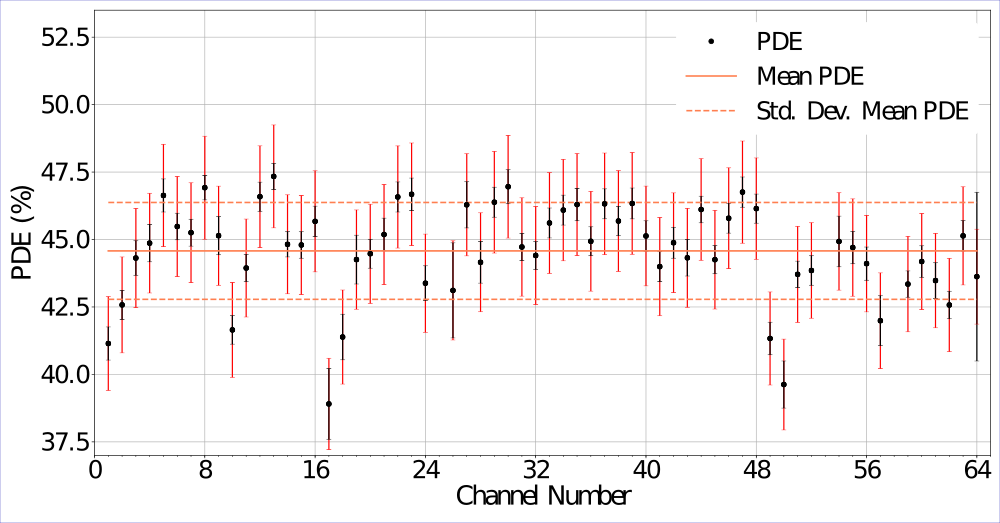 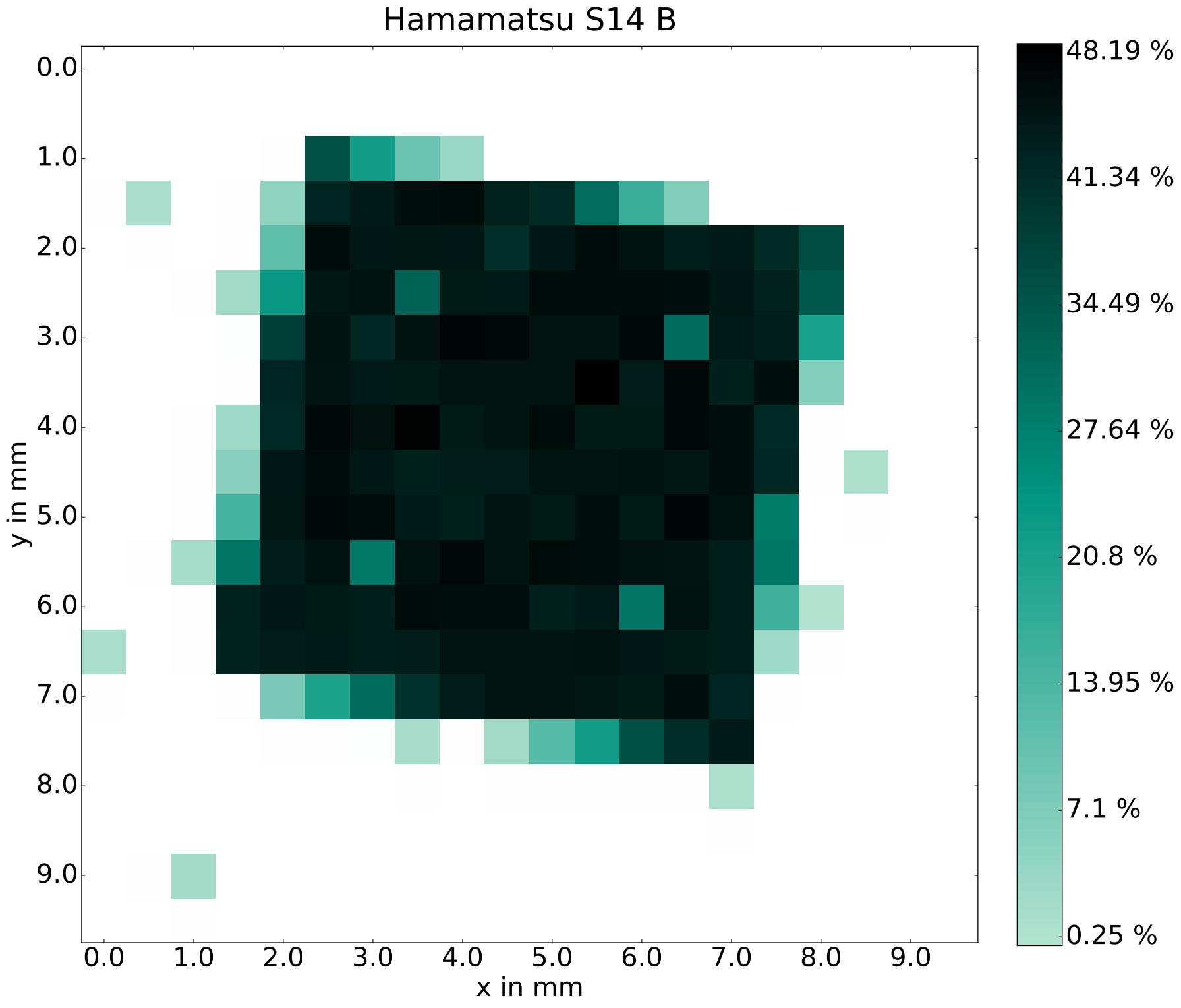 PDE scan of Hamamatsu Photonics S14 SiPM with 6x6 mm2 active area measured at 3 V overvoltage. Overall the PDE is homogeneous in the active area of the SiPM. At the edges the measured PDE is lower since there not all photons hit the active area. The four spots with lower PDE are the positions where the connectors are placed.