The Detector R&D Group in Kirchhoff Institute for Physics, University of Heidelberg has been devoted to the low light level photosensors especially silicon photomultipliers as well as single photon avalanche diodes for particle physics and medical imaging since more than one decade. The research and development have been focused on all aspects of such photosensors, such as design and fabrication, performance characterization and test facility construction, simulation and systematic application, application specific integrated circuits (ASICs) development for the sensors etc.

Among other test facilities, one of the most important characterization test stand for SiPM/SPAD is to measure the photon detection efficiency (PDE). 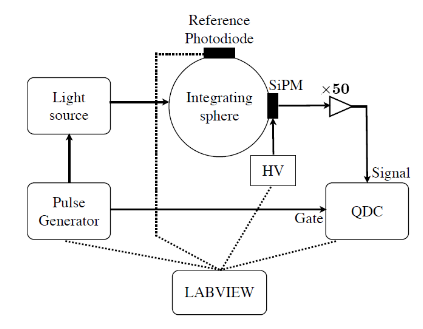 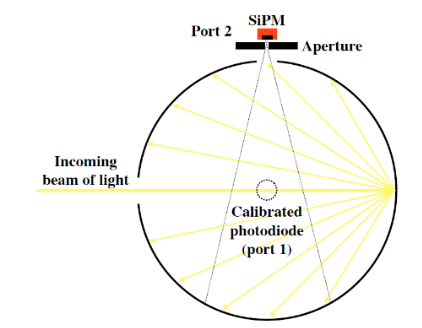 Sketch of the measurement setup for photon detection efficiency

For a relative measurement of the detection efficiency, the setup shown above is used, results are displayed below. A Xenon Lamp with wavelength selection probability has to be utilized to illuminate the surface of the detector and scan the sensitive absorption wavelength of the photodetector. The SiPM/SPAD under test and a NIST calibrated photodiode are mounted on two outputs of an integrating sphere for cross-reference of a relative PDE measurement. After finishing the relative PDE response curve, fast laser diodes instead of the Xenon Lamp are used to normalized the relative PDE curve, the absolute photon detection efficiency of a couple of points corresponding to the laser wavelength will also be measured. 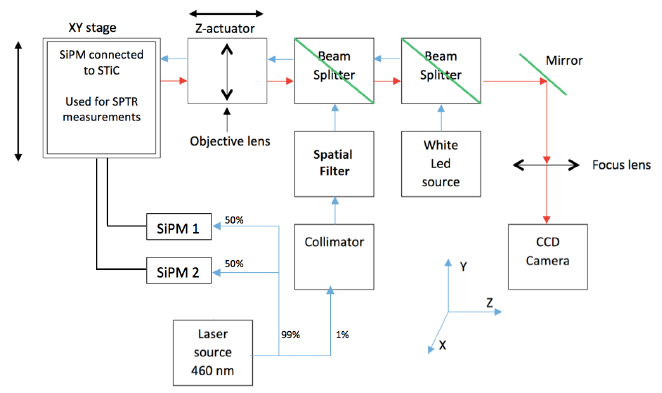 Optical lenses as well as collimators have been utilized to guarantee a focused light spot on the surface of the detector. An illumination path and a camera are also integrated into the system to monitor the size and position of the light spot. The diameter of the spot is as less as 5μm such that only single pixel can be fired at one time. A picosecond laser (PILAS PiL040 + EIG1000D Controller) with laser pulse width less than 50ps is used to guarantee a fast response. The intensity is tuned such that single photon emission is pursued. A final SPTR of about 50ps (< 130ps FWHM) is measured with Hamamatsu S13360-1350CS and the STiC ASIC chip developed in the group. The setup is capable of scanning the whole sensitive surface of the photodetector with a spatial resolution of 5μm to check the uniformity of the response. As the test setup uses optical fibers, it is also suitable for an absolute PDE measurement without using the integrating sphere. As the sphere involves multi-scattering of the photon on the sphere inner surface, the delayed out-coming time of the photon from the sphere is also polluting the signal to noise ratio for SiPMs with large detector surface thus longer signal tail response. 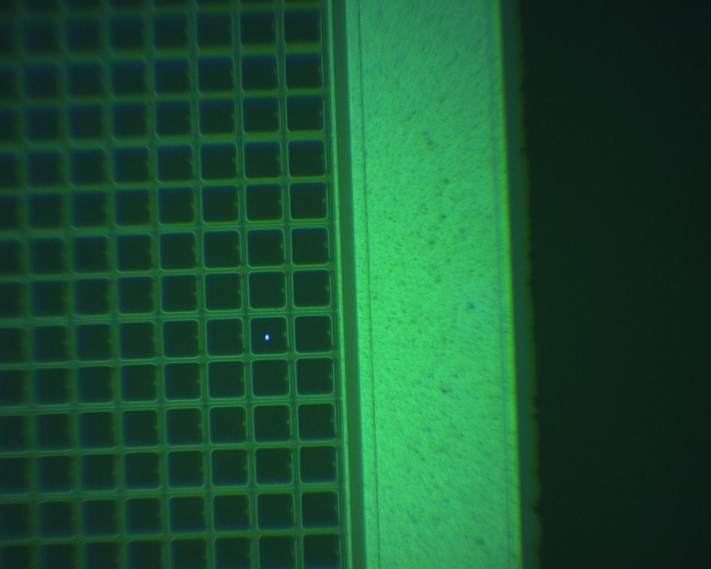 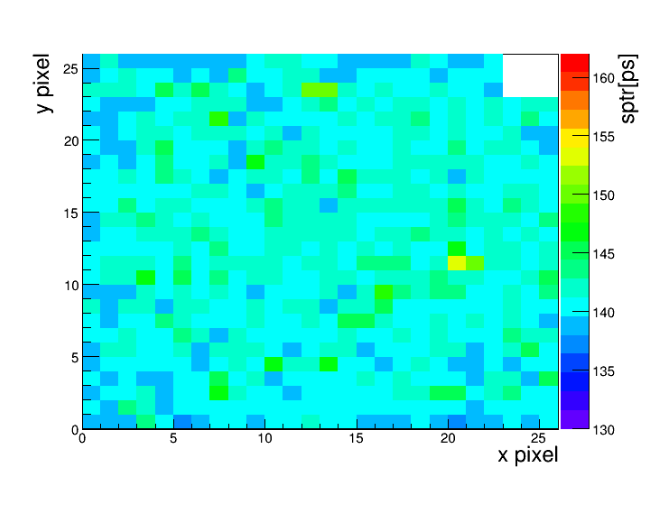 In addition to the test facilities, a GEANT4 based SiPM/SPAD simulation framework has also been developed in the group. The framework covers all the physical response of the detector such as PDE, afterpulse, dark count, optical crosstalk etc. This simulation framework is a rather helpful tool to study the pile-up effects of the SiPM response in terms of large intensity light pulses and dark count response after sensor irradiation. It is also extremely powerful in studying the timing response of the light coupled to the photosensor from the scintillators.

In order to cope with different harsh requirements of different applications of SiPMs, several application specific integrated circuits have been developed in the group. One of the application requires highly charge sensitive and extremely low noise readout for single pixel SiPM response. The “KLauS” Chip has been developed in such a way that even signal from pixels as tiny as 5μm can be amplified with a SNR better than 10. A 12-bit low power ADC and 100ps TDC per channel have been embedded into the ASIC, the total power consumption takes about 2mW/ch for all the functionalities. Below the channel diagram of the chip and the single photon spectrum of Hamamatsu S13615-010 taken with the KLauS chip is shown.

Channel Diagram of the KLauS Chip 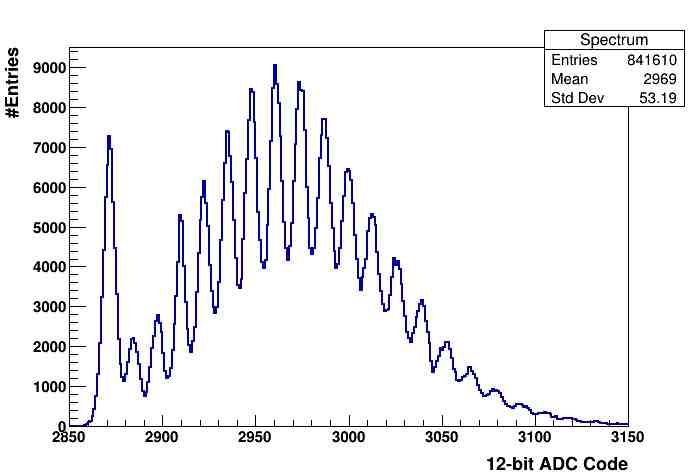 “STiC” ASIC (see picture below) is another silicon photomultiplier dedicated readout chip for fast timing applications for time-of-flight medical imaging and particle physics experiments. Using the linearized Time over Threshold method, the chip achieves 50ps single photon timing resolution and about 200ps with an embedded TDC for a reasonable crystal length (3.2 x 3.2 x 15 mm3) in the Positron Emission Tomography Setups, shown in the plots below: 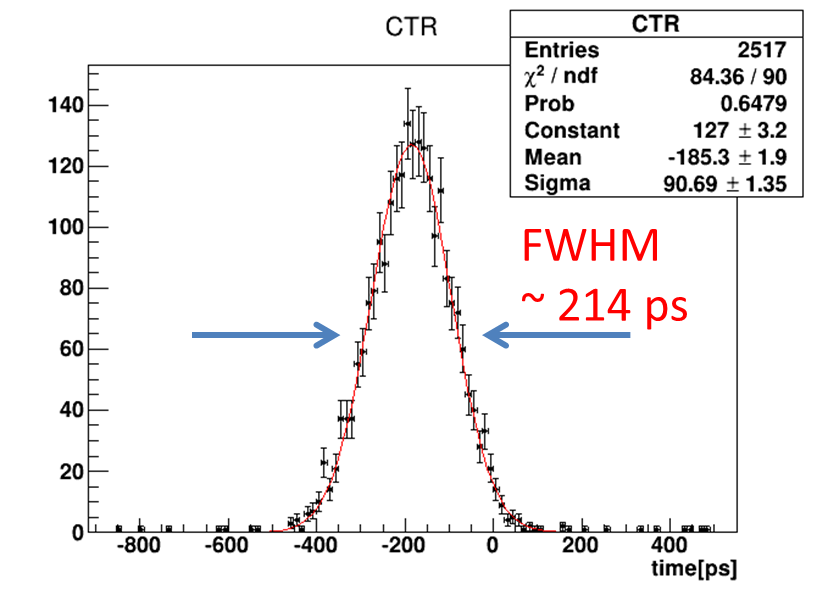 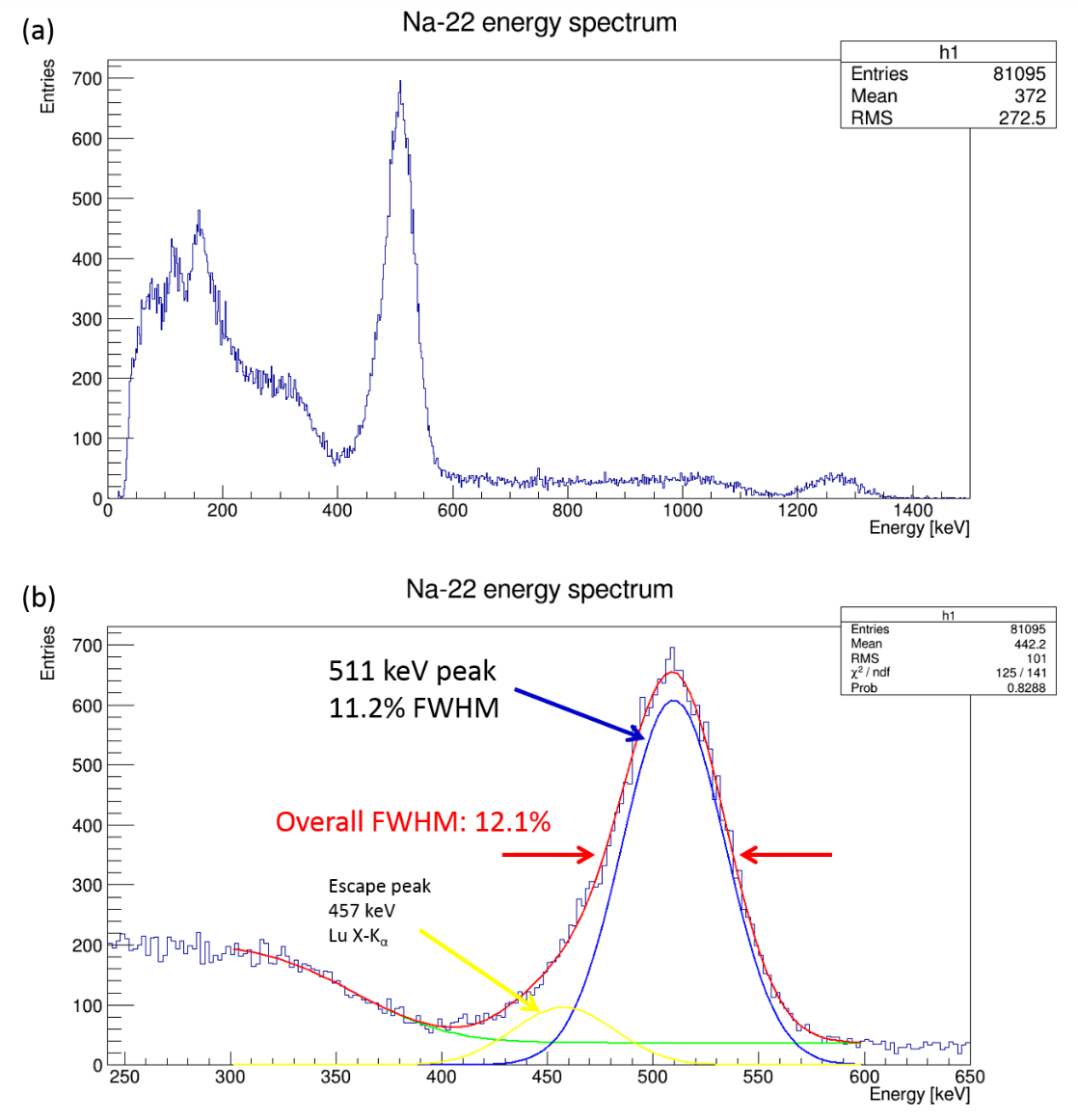 In order to further cope with the high data rate encountered in the SiPM-involving scintillating fiber tracker, an upgraded version of the STiC chip, named MuTRiG, has been developed. This chip is able to handle data rate up to 1M event/channel with a 1.2Gigabit/sec serial data link. The picture below shows the chip with bonding wires. 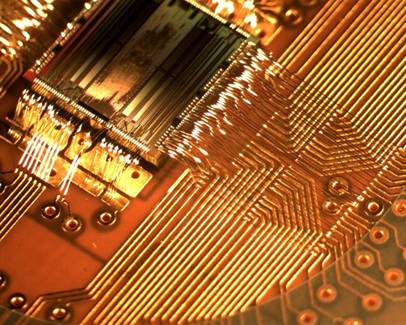 Picture of the STiC Chip 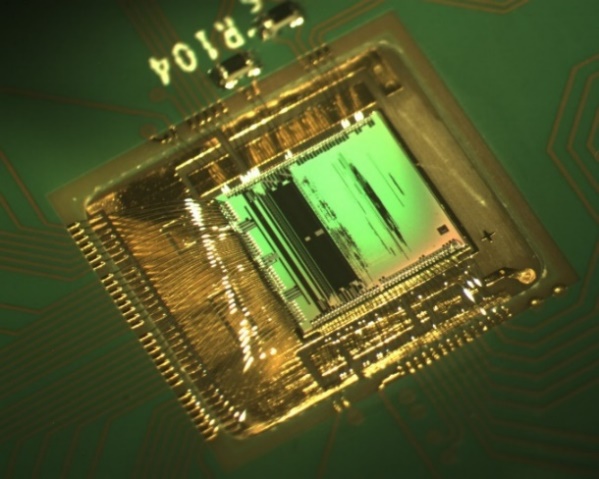 Picture of the MuTRiG chip