A full proof-of-concept for the novel low light-level Abalone photo-sensor has been carried out. It embodies only inexpensive scalable elements, namely a custom photodiode and readout, a vacuum seal, and a scintillator. Prototype measurements demonstrate the high potential of this technology. However, building an Abalone device is a complex process, requiring a substantial effort under laboratory conditions. Companies’ interest in this technology is currently unclear and the possibility of commercialization could be evaluated once manufacturing aspects result suitable to industry. 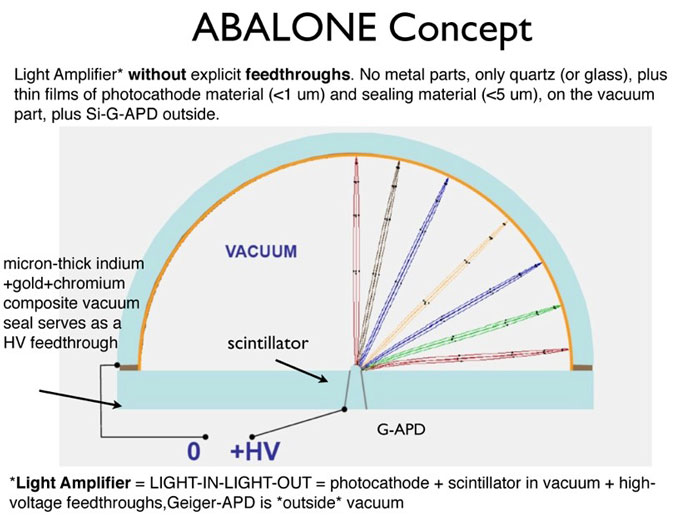 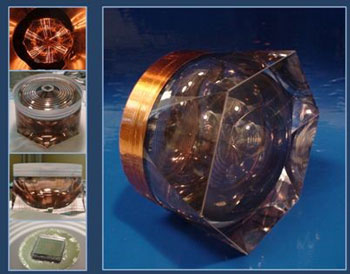 A transition-edge sensor (TES) is a thermometer made from a superconducting film operated near its transition temperature. While in its transition from superconductor to normal metal, a very small change in temperature induced by absorption of photons causes a large change in resistance. Such devices are currently being employed in cosmic microwave background experiments, however, may have a much broader application in the future. The challenge is to build larger arrays (tens of thousands of pixels) while striving for an energy resolution allowing for the detection of individual photons. 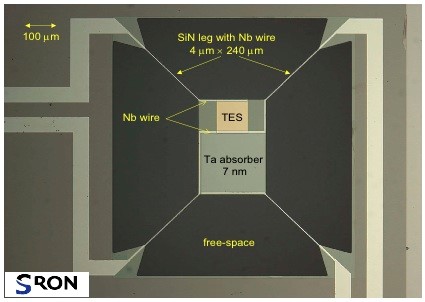 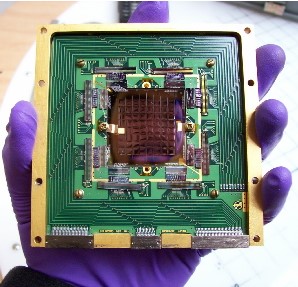 For applications in low-temperature surroundings (e.g. detectors for direct dark-matter search) low light-level detector devices that make use of the Neganov-Luke amplification – improving the threshold of low-temperature light detectors based on semiconducting substrates by drifting the photon-induced electron-hole pairs in an applied electric field – have been developed. A major drawback of Neganov-Luke light devices, the decreasing amplification over time, causing a detector response varying over time, can only be overcome by a new fabrication technique. So far such detectors have been built with CaWO4 crystals. For further improvements new detector materials (e.g., CaMoO4, Ti:Al2O3 or YO3) have to be selected and characterized. A commercialization of cryogenic low light-level detectors with applications beyond detecting dark-matter particles is promising. 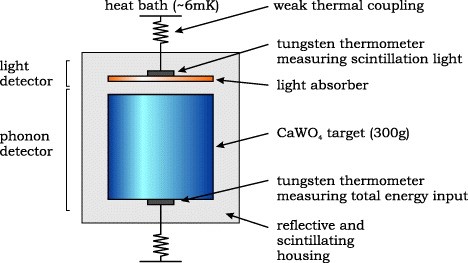 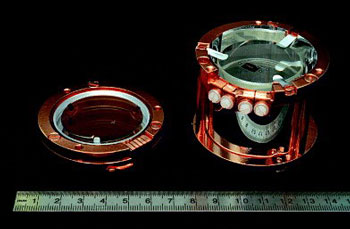 Quite recently a new generation of image sensors has been developed. These ultra-thin organic sensors – with carbon instead of silicon as material converting light into electrical signals – can be applied to CMOS chips over large and small surfaces, as well as to glass or flexible plastic films. These devices are more sensitive to light than the conventional silicon versions, with the advantage of simple and cheap to produce. Current laboratory tests show that the spectral sensitivity of the organic sensors varies with the chemical compounds used for the sensor. Experiments have been carried out so far to fine-tune the sensitivity in the optical and infrared spectral ranges. Nevertheless, for applications of organic sensors in the domain of low light-level, it is rather important to test their characteristics at low light-level and R&D is required to find a chemical compound that shifts the sensitivity maximum to the ultraviolet part of the spectrum. 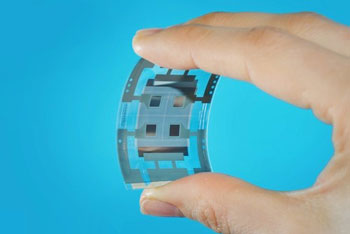