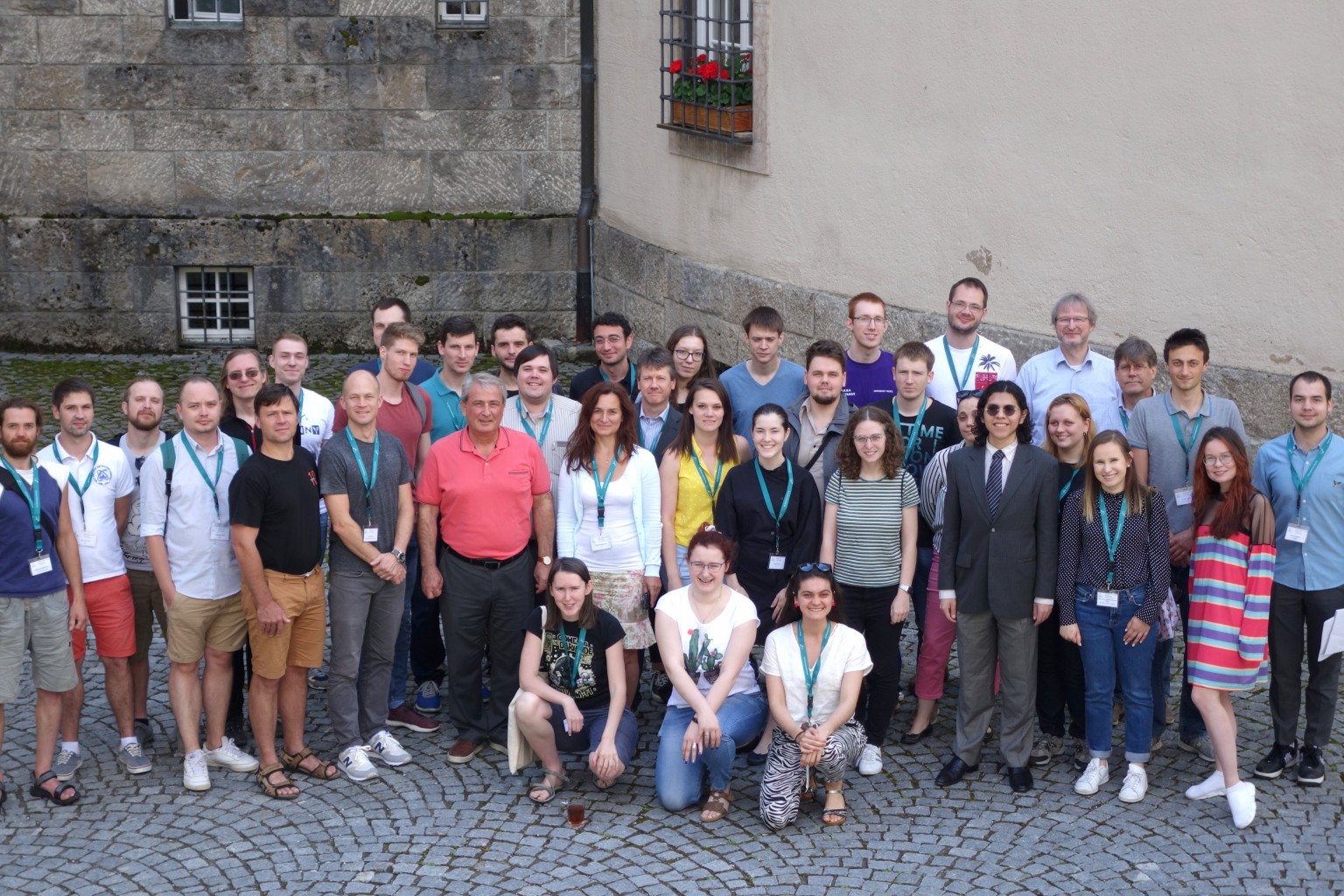 Photosensor developers seem to like Bavarian castles. Whether it is the international Light Workshop series that is happening at Ringberg Castle near Lake Tegernsee or the ASPERA and APPEC Technology Forums that in the past were organized at Nymphenburg Castle in Munich - this year in June Ringberg Castle again was hosting a group of 32 PhD and master students for the SENSE Detector School. As part of the SENSE program this school was newly designed to train young researchers on photosensors and their application in science projects and in innovative commercial products.

The SENSE Detector School provided a mix of lectures, short presentations by the participants and some exercises. The lecturers where mostly recruited from the SENSE Experts Group and complemented by leading experts in photosensor applications that the students had the chance to get informed about the forefront developments in this field.

To allow the students some hands-on work during the SENSE Detector School many boxes with lab equipment from MPI Munich, University of Geneva and University of Barcelona were packed and shipped to the castle. Since an old castle and laboratory conditions are completely different worlds, Derek Strom, Andrii Nagai, Dadiv Sanchez and David Gascon were really nervous about the success of their experiments. Luckily, after some difficulties the dark chamber, the muon detector and the electronics exercises ran successful and the students got a direct demonstration on how to make an experiment work. 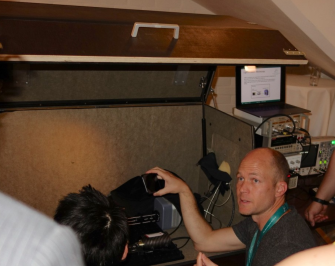 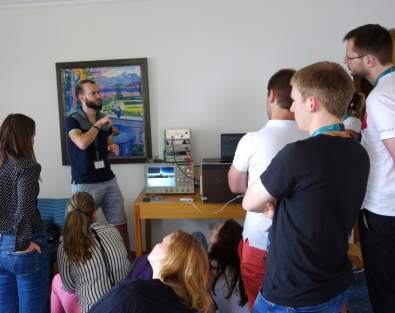 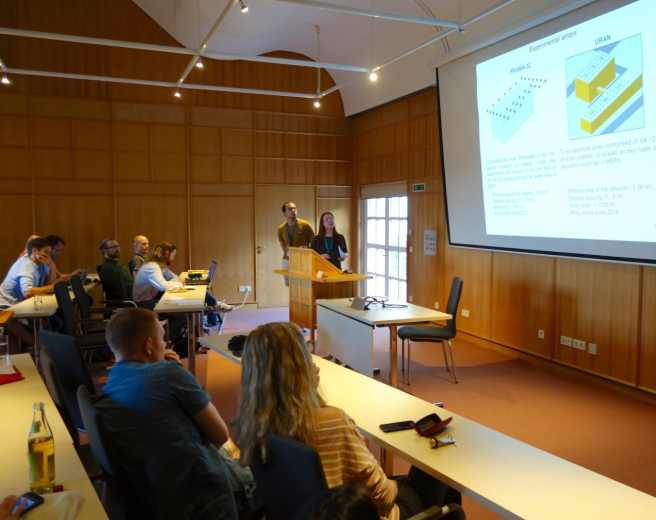 Derek Strom with the dark chamber.
David Sanchez during the electronics excercises.
In the lecture room during the participants talks.

Altogether, the program of this 2 ½ days SENSE Detector school was really packed with detailed lectures on low light level photosensors and theory, signal processing and associated electronics. The application of photosensors in science such as astroparticle and particle physics projects, medical diagnosis and in LiDAR (Light Detection and Ranging) systems demonstrated the large variety of applications and the importance of this topic. By the way, did you know that future autonomously driving vehicles may be equipped with LiDAR systems with single photon detectors? Beside the lectures on photosensors also Science Communication was a topic and during a discussion round at the last evening we gathered the opinion of the students. 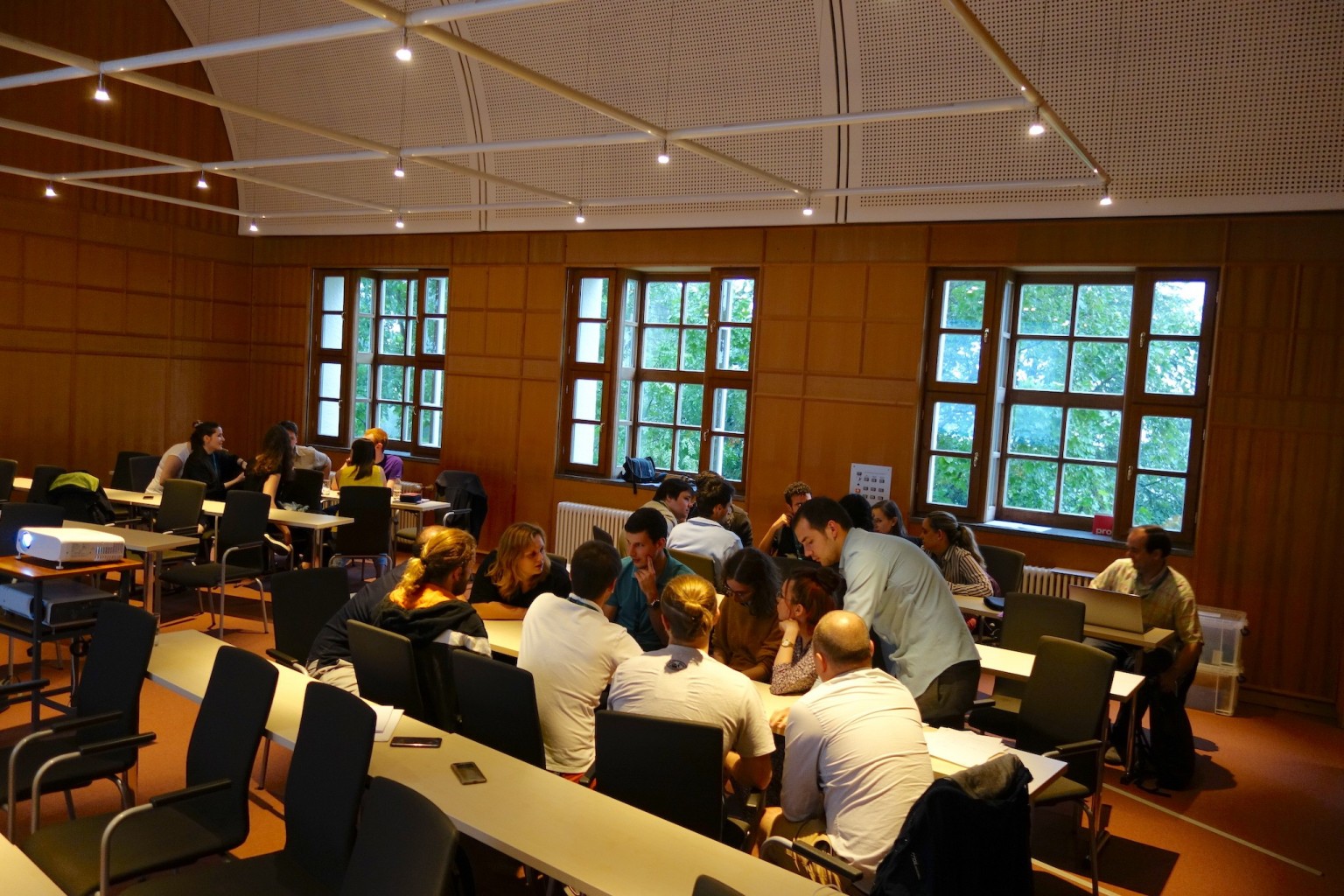 Raining outside...
...while discussing inside.