The Astroparticle School is a well-established school taking place in the region of the Trubachtal, north of Nuremberg in Germany, supporting the further education of students and young postdoctoral scientists in the field of astroparticle physics.

In October 2018, they could celebrate its 15th edition and various professors and guests from whole Europe gave their contribution to the scientific program in topics including among others Gamma astronomy, neutrino physics, multimessenger astrophysics and dark matter. 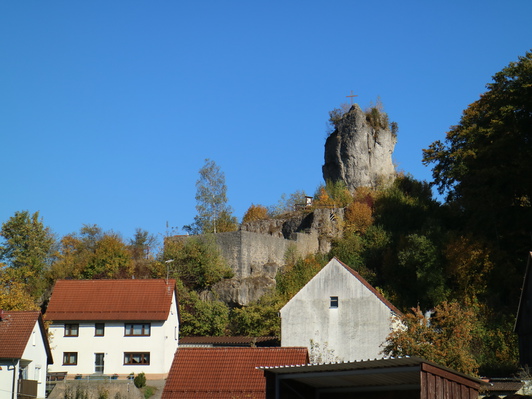 The innovative structure of the school gives the opportunity to the attendees to present their own scientific work and actively apply the lessons learnt during the lecture through different exercise sessions. Furthermore, time for socializing and exploring the fascinating territory is not missing. 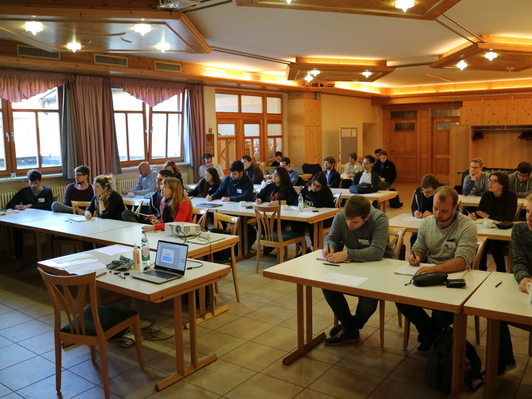 This year, 25 students and young researchers mainly from German and French universities and institutions with a remarkable female participation of roughly 30% attended the school.

The high quality of the scientific contributions and discussions during talks and lectures delivered by the attendees has been particularly honored by Prof. Dr. Gisela Anton, particle- and astroparticle-physics professor at the Friedrich-Alexander Universität Erlangen-Nürnberg and co-organizer of the school. At the same time, very positive feedbacks about the structure, quality and organization of the summer school was the clear outcome of the survey filled out by the attendees.

The SENSE project had the unique opportunity to participate to this successful school with an invited talk held by Dr. Derek Strom and Dr. Francesca Moglia. Our two speakers explained the motivation, aim and structure of the project as well as our target of standardizing specific technical measurements of LLL-detectors and the various possibilities to join the project as scientists and experts. Lively discussions with the young researchers and other invited speakers followed the talk and envisaged a future broadening of the astroparticle-physics projects as well as of the group of scientists and experts involved in SENSE. 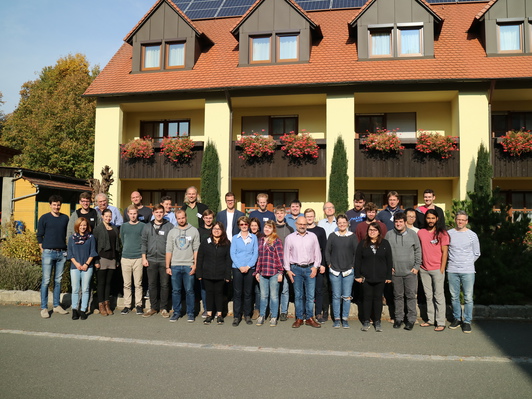