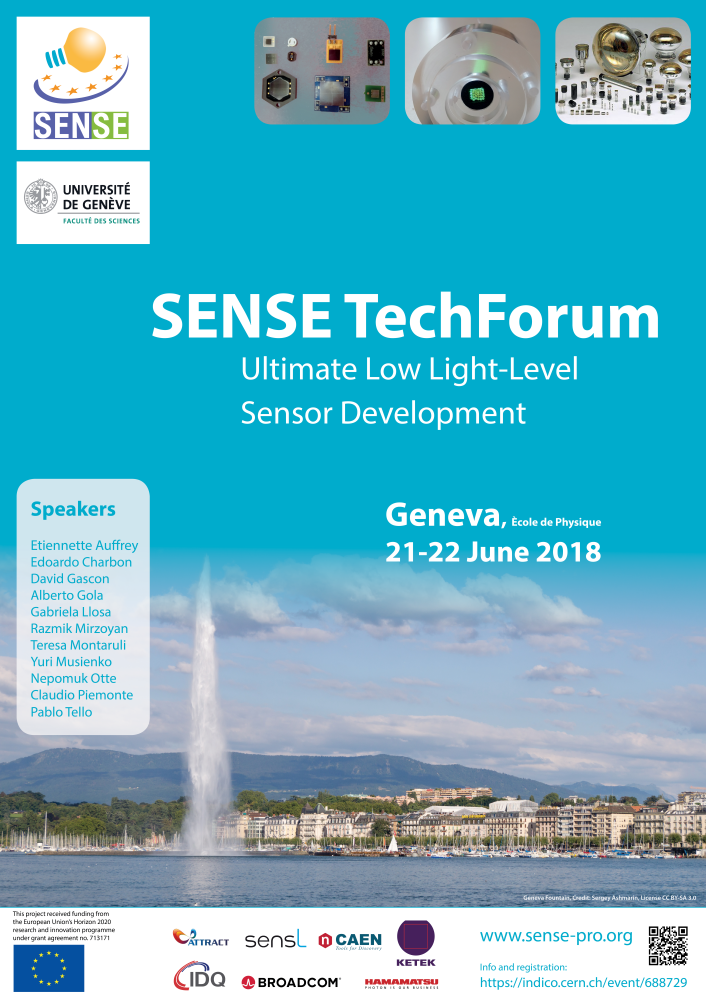 The TechForum started by review talks about the application of SiPMs in different areas: High Energy Physics, Astrophysics, Medical application, Ranging and Quantum Computing. Many questions were discussed between presenters and audience. The discussions and questions were also given to the SENSE team which presented their activities on various fields like the cooperation agreement and the SENSE Roadmap. For those, who weren´t able to participate in the ICASiPM the week before, a short summary of the meeting was given. The lively first day closed with an industrial session where several companies presented their recent developments. In the evening all interested participants visited CERN for excursion.

During the next day the behaviour of SiPM devices under high radiation environment and cryogenic temperatures was presented as well as new ideas for LLL sensors. An important factor, the readout electronics was also discussed in two presentations.

Furthermore the two projects ATTRACT and FAST presented their funding opportunities. The plenary sessions finished with invited talks on Future evolution of PMT and SiPM technologies. The TechForum closed with a poster session where also final discussion among the participants took place.

During the two days of the TechForum, the whole community showed a strong wish to cooperate on standardisation of SiPM characterisation. A closer cooperation between SENSE and the organizers of the ICASiPM was decided. This includes the usage of the SENSE forum for discussion among the ICASiPM working groups.

Another working group was formed for the space application of SiPMs initiated by Jochen Greiner. Interested people are invited to register to the forum and join the discussions.

With the input from the TechForum we want to update our Roadmap and will release a new version soon.

The discussions during the meeting can be summarized in a wish list for different topics:

During TechForum we distinguish a few main trends in LLL sensoring:

Producers of SiPMs are going into two parallel directions: SiPM for UV range and SiPM for red light. Another topic is hybrid boarding and following Edoardo Charbon there are a few main perspectives for 2020 for CMOS based LLL sensors:

The talks and posters can be found in the timetable on the indico webpage: https://indico.cern.ch/event/688729/timetable/#all.detailed. Please ask us for the password for accessing the documents.

We hope all participants enjoyed the TechForum and had two pleasant days in Geneva. 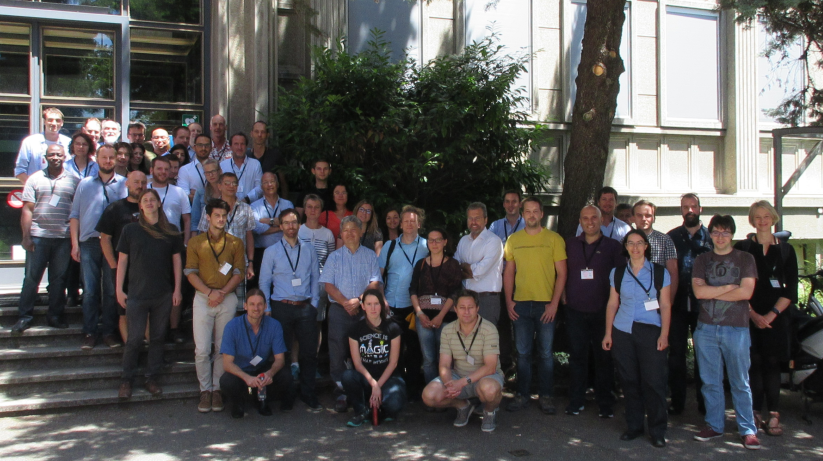